Council Member Robert J. McGarvey and his wife Terri, have been homeowners in Rancho Cordova since 1967. He has been a steadfast leader in many community, church and school organizations and activities.

Bob, as he likes to be called, was named Rancho Cordova Man of the Year by The Grapevine Independent newspaper in 1987. He has been an active member of the Mather Restoration Advisory Board since 1994, a member of the Mather Community Campus oversight committee since 1994, a member of the Cordova Community Council since 1975, and three times President of the Cordova Community Council. During his first tenure as Mayor, he formed a Sister City Citizens Committee that resulted in Turrialba, Costa Rica becoming a Sister City with Rancho Cordova; he started the Rancho Cordova Veterans Day and Memorial Day celebrations at the Sacramento VA Medical Center; and he created the first Rancho Cordova postcards because none could be found in the City. Since then, he led the drive to form Mather Veterans Village.

He retired from PacBell after 33 years working in the central offices and network operation center. He was a substitute teacher in the Folsom Cordova Unified School District. He served in the Air Force from 1961 to 1967, with his last years of active duty being served at Mather AFB in the reserves.

He received an A.A. degree from Sacramento City College, and a B.A. in Government from California State University, Sacramento. His hobbies include fishing, hunting, camping, reading, and playing the piano. He and his wife, Terri, have four children and eight grandchildren.

*2x2: One or two Council members are appointed by the Mayor (therefore, not constituting a quorum) to meet with one or two board members from a partner agency for the purpose of building relationships and holding general discussions regarding projects of mutual interest. 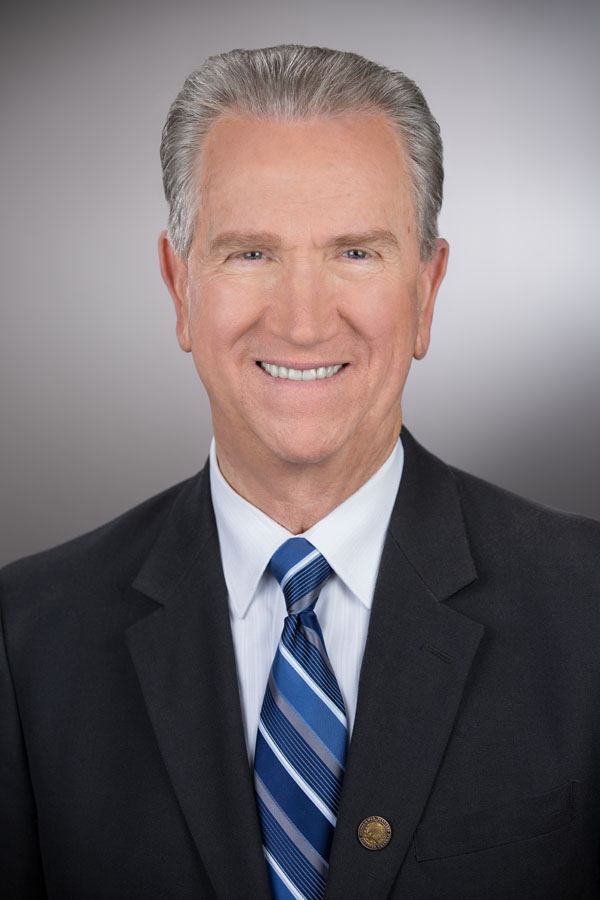