The City of Rancho Cordova is on the cutting edge of government’s use of technology. Our system’s infrastructure has been designed to keep the City running 24/7/365. On the public facing side, we have implemented a number of systems aimed at including more residents in community policy discussions, saving businesses from bureaucracy, and improving overall quality of life. 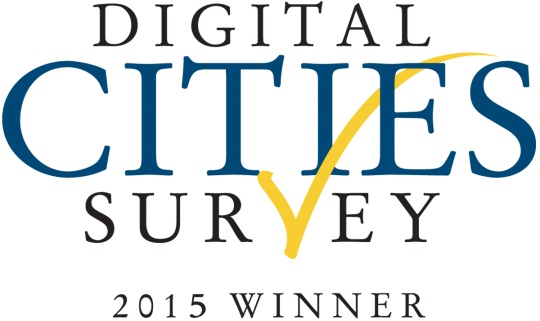 Because of this innovative approach, the City of Rancho Cordova was selected as a 2014 and 2013 Digital Cities Survey Award Winner by e.Republic's Center for Digital Government and the Digital Communities Program. In 2014, Rancho Cordova was ranked fourth in the “less than 75,000 population category” for its top 10 Information Technology (IT)-related initiatives. The award recognizes cities at all population levels for improved transparency with open government initiatives and access to city services via mobile apps.

Follow the links below to learn more about the innovative technology programs offered by the City of Rancho Cordova.