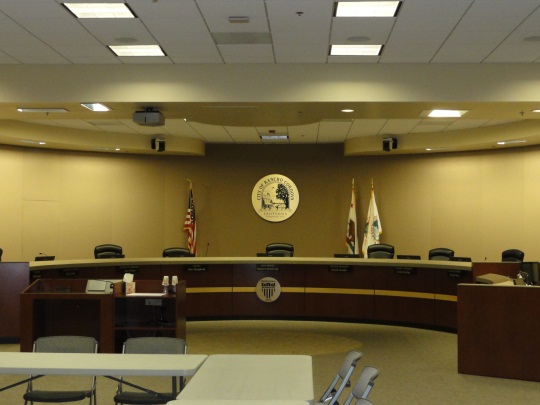 City Council Meetings are often known to be the portal that citizens use to communicate with elected officials. They provide citizens with a glimpse into the world of local government and policy making. They introduce attendees to those managing the city and the diverse political viewpoints of elected officials. They also can be the location of a citizen’s first interaction with the city.

The City of Rancho Cordova upgraded the Council Chambers with the goals to reduce costs, improve efficiency, and promote advancements in technology. Not only did the City find cost effective solutions to run City Council meetings but ensured that those involved in the process have easy access to the information they need to make decisions that positively affect Rancho Cordova.

Until 2012, the City Clerk’s Department spent on average 235 hours per year, $6,600 in employee salary costs, countless reams of paper and ink, and $1,600 to $1,800 per year for a courier service to produce and distribute paper agendas for City Council regular and special meetings. Agendas and accompanying attachments ranged in size from 100 to 400 printed pages. Printed agenda packets were made available at Rancho Cordova City Hall and distributed to City Council members in addition to the Rancho Cordova Library. Plus, City Clerk staff manually PDF’d each agenda item produced in Microsoft Word and compiled them in Adobe Acrobat to print. If a small change was needed for example in the order of agenda items, staff had to rebuild the package all over again due to the labeling on each item in Word. 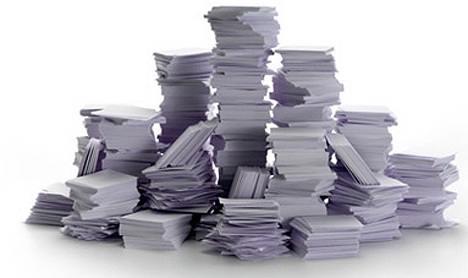 First, SIRE is a more efficient way to create agenda packets. Instead of manually building the agenda packet, SIRE builds packets with information that is uploaded to the system with a click of a button. Reordering agenda items is simply done with a drag and drop feature, and the agenda item labeled on each document is automatically changed with the reorder.

Second, each City Council member, management team member, and interested staff members received Dropbox and AgendaToGo (a program in SIRE) accounts that were free of charge to the City. This process provided a cost savings as a result of the conversion.

Instead of spending hours to print agenda packets, the City Clerk’s Department now takes less than 5 minutes to upload the master agenda to the primary Dropbox, and distribute it to the Dropbox of City Council members and staff. Plus, the agenda is already in AgendaToGo, so pushing it out to the accounts takes less than 5 minutes as well. With a click of a button, City Council members and staff are able to view the agenda packet.

The City created a Tablet Use Policy in response to the need for City Council members and staff to access documents, emails, and applications on the go. The use of tablets contributed to additional advancements in the area of City Council Meetings due to the devices functionality.

The policy furthered the Paperless Agendas initiative by allowing City Council members and staff receiving tablets or iPads to view agenda packets on the go. They can either use the Dropbox application or AgendaToGo. This solution allows the user to access City Council Meeting information regardless of their location providing a convenient way to prepare for important agenda item discussions.

The City purchased an iPad specifically for the public to use during City Council meetings. The iPad simply showcases the agenda packet in place of the print agendas that were eliminated. Though there is an initial cost for an iPad, the overall long term investment outweighs this cost. 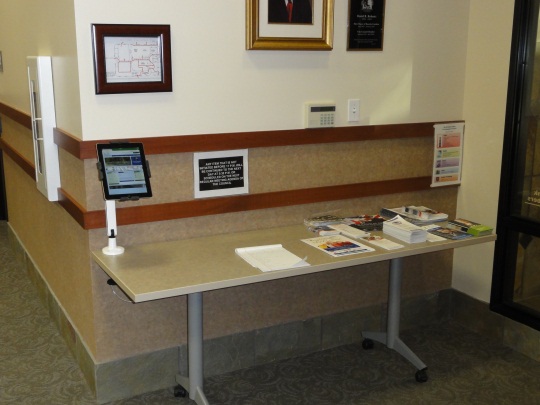 The City received funding over the last four years from the Metro Cable franchise fees to upgrade the City Council Chambers. A portion of the franchise fees are reserved for local governments for such upgrades. The remaining fee contributes toward items such as filming Rancho Cordova’s City Council meetings.

One upgrade with this funding was the addition of tablet plug-ins to each seating area around the City Council dais plus the speaking area for citizens to address the City Council. The plug-in devices allow users to charge their tablets and use the tablets to access the agenda, emails, and other documents during City Council meetings. In addition, the device allows each user to view a document on their tablet and have it shown on the main screen for all attendees to view. 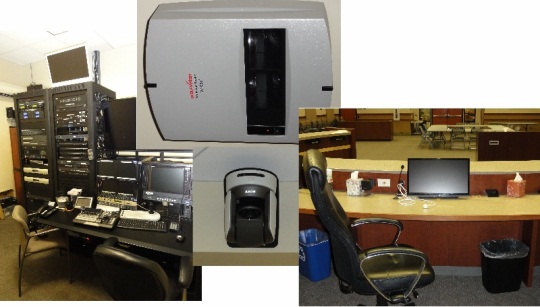 These items first and foremost ensure the Council Chambers have the most advanced technology to ensure clean and clear images, presentations, and documents used when addressing agenda items. The existing projectors were diminished in quality and didn’t provide a clear image for viewing important items. This not only contributes to the City Council’s view of staff as staying on the cutting edge, but also contributes to citizen trust in a government that remains on top of the latest trends especially through cost-saving mechanisms.

Second, every City Council meeting is recorded to stream on Metro Cable and the City website following the meeting. The videographers capture everything that is displayed in the City Council meeting through a direct feed. The cleaner and clearer the display during the meeting, the better the video will result in following. The video option is often used by citizens, media reporters, and partners to view important information on the go instead of committing to attending the City Council meeting in person. This flexibility is necessary to ensure all citizens remain informed on important matters affecting them and their community.

Third, the City didn’t have to allocate monetary resources aside from staff time for the upgrades. Use of franchise fees ensures that essential upgrades didn’t further hit the pocketbooks of Rancho Cordova citizens, but benefits them in the long term. Rancho Cordova has had a budget surplus each year since incorporation in 2003. Citizens trust the spending requirements of City staff and count on Rancho Cordova to use their tax dollars wisely. The City leverages its resources to ensure citizen trust in finances continues.

Overall, Rancho Cordova wanted to get a fresh take on City Council meetings. Upgrades to the Council Chambers and agenda review process continue to ensure Rancho Cordova is on the cutting edge of technology.