The Rancho Cordova Police Department (RCPD) is committed to protecting its citizens and keeping the city safe. As part of the new effort “Crime Stops Here,” RCPD is using digital surveillance cameras and license plate readers in two residential areas and one business area of the city.

The cameras are marked with a blue light signifying that it’s a public safety surveillance camera. This tool allows officers on the street or at the police station to have access to live camera views (in public areas) for locating criminal or suspicious activity. The license plate reading capabilities help officers locate wanted persons and stolen vehicles.

The Rancho Cordova Police Department held a series of community meetings to discuss crime issues in neighborhoods, and the camera deployments were a direct result of those meetings. There are currently 21 cameras and 5 license plate readers deployed among two neighborhoods and one business district. All camera locations were selected based on both citizen requests (for cameras) and strategic placement to reduce both property and violent crimes.

The cost of a manufactured surveillance camera pod is about $16,000; however, Rancho Cordova Police officers can build a pod for about $2,500. This allows officers and non-sworn personnel to maintain the camera pods and significant savings and without the delay of waiting for a service person from a private company.

Click here or see below to watch CBS 13 Sacramento coverage including interviews with citizens about the surveillance cameras. 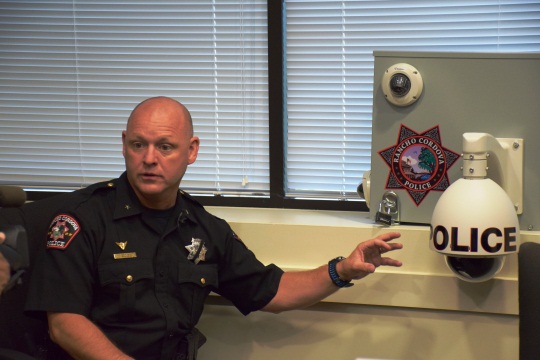 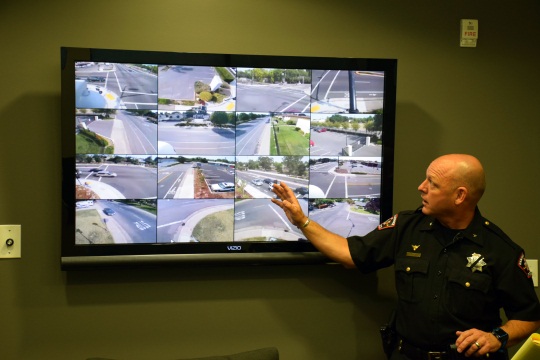