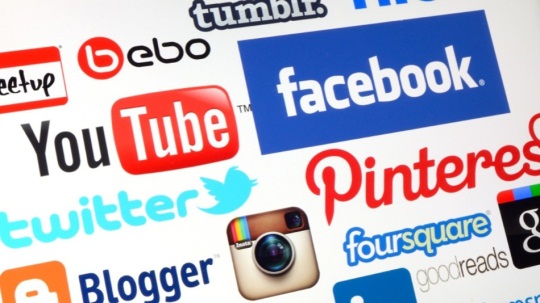 Likes, Tweets, shares, pins – this has become a language spoken by the City’s Communications Team, a department of two full time employees and one part time consultant. Social media is a quick and cost effective way to spread Rancho Cordova news, events, campaigns, tips, and more to followers in the community and throughout the world.

Prior to joining social media platforms, City Views, a quarterly paper newsletter, was the primary communication tool used to reach citizens. The newsletter is still one of the top ways that citizens receive information from the City because it is mailed to every resident and business address in Rancho Cordova. However, the tool is an expensive way to keep the community informed. In addition, the only electronic platform used to distribute information was the City website and accompanying e-notification system that has 757 active subscribers to news, calendar items, and RFP postings.

The City has diverse demographics in age, ethnicity, and income. City Views tends to cater to the Baby Boomers and Traditionalists. Social media and website caters to Generation X, Millennials, and Generation Z. Communication to all groups is essential to ensure engagement crosses all demographics. With citizens using mobile devices to communicate, the use of social media provides an even further reach in information.

The City’s YouTube page was created when the Finance Department wanted to develop a visual representation of how tax dollars are spent in Rancho Cordova. The 10 ½ minute video provided a visual tool that citizens could use to quickly gather information. Since its launch, the YouTube channel is used to show event coverage, productions by partners such as Today in America and International City/County Management Association, and the recent series “Live from City Hall.”

“Live from City Hall” was developed by Council Member Linda Budge during her recent Mayoral tenure in 2013. The purpose is to use a visual method to distribute messages and increase the City’s YouTube presence. The first video in the series was launched in Washington D.C. with the Council Member reporting live about the City’s federal lobbying efforts. Since that time, Budge has performed interviews with two fellows through the U.S. Department of State-sponsored Professional Fellows Program from Thailand and China, and covered topics such as conserving water and getting businesses online.

Recently, the City began using mobile devices provided by the Tablet Use Policy to record videos. The City first used a costly and difficult program called Pinnacle Studio 16 to edit videos, only on desktops, often times in addition to the YouTube Video Editor to ensure the video was ready for citizens. In 2014, the Communications Department discovered and downloaded the $5 iPhone application iMovie. The program has existing themes, music, graphics, and sound effects that don’t have to be purchased separately. It also has user friendly editing tools and allows the incorporation of video and photos. More importantly, the program cut production time from two hours down to 30 minutes or less.

Videos are now simple to produce, upload to YouTube, and even share to other social media platforms ensuring that the City continues to meet the visual demands of Rancho Cordovans.

Twitter revolutionized the City’s messaging opportunities. The launch of the City’s page in 2011 was the result of a contest through a partnering organization that would only feature content posted to Twitter. Unfortunately, the Twitter page lay dormant until the City’s Communications Team decided to leverage the page in 2013. Now, the page has 434+ followers simply through use of the platform.

In comparison to other social media platforms, the City’s Communications Team uses Twitter to promote breaking news and events, connect with media reporters, support partnering organizations, and produce emergency notifications, which fortunately have not yet been needed. Messages are simplistic in nature and ensure the City promotes only the most essential information in every Tweet.

Tweeting takes less than 2 minutes, even with the addition of a photo. Due to the simplicity of the tool, the team has started training other employees in areas such as Public Works to Tweet traffic news, lane closures, etc. and Neighborhood Services to Tweet about community events, helpful tips for pets, etc.

Facebook continues to be a top social media networking site due to its more than 1 billion active users. In 2012, the City’s Communications Team knew it was time to engage with the community using social networking. This was the first tool that was actively used by the City to promote news and events, and connect with its partners, the majority of which are only using Facebook. The City currently has over 2,100 followers all who receive messages throughout the week directly to their computers or mobile devices.

To grow its following, the City invested less than $200 to run Facebook ads encouraging “likes” to its page. This not only increased the City’s presence on Facebook by around 350 followers but added opportunities for citizens to engage with staff and further promote the City’s messages. Citizens most often engage with content relating to public safety, new businesses, employment opportunities, and trending issues.

Nextdoor – One of Nextdoor’s Pilot Neighborhoods, Launched in January 2012

Nextdoor reached out to the City of Rancho Cordova in January 2012 showcase its new social networking tool for neighborhoods. At the time, the City was launching its community engagement efforts through a grant from the Davenport Institute. The concepts for Nextdoor are much the same as the City’s – to create stronger neighborhoods, promote neighbor-to-neighbor dialogue, continue to improve communication with neighborhoods, and transform residents from customers to active citizens.

The process to launch Nextdoor was simple but the real work was to communicate the product to Rancho Cordova neighborhoods. The City started by issuing a press release, article in the quarterly newsletter City Views, and posting on Facebook. In addition, the City had started to partner with neighborhoods in a new community engagement model that required in person meetings and connections and was funded through the grant.

Once the City informed community leaders about the new tool, it was up to them to determine if it would be beneficial to their neighborhood and recruit other neighbors to sign up. To date, Rancho Cordova has 25 active neighborhoods and over 3,300 residents signed up. Though the City has 67,911 residents, Nextdoor has become a quick and effective tool to distribute information to residents. The City’s engagement continues to benefit as more residents sign up for Nextdoor.

The City created a weekly “Social Media Chatter” email to encourage employees to submit content for social media. As a result of continued outreach, employees from every department regularly contact the Communications Team to have their news and information distributed through social media. Due to staff’s familiarity with Facebook, many choose to assist with this social networking outlet and support the City’s Communications Team.

Social media is a quick, efficient, and low cost way to engage with the Rancho Cordova communities. It takes only the click of a button for citizens to send a message or comment, support a post, or share a post to all of their followers. People often trust peer recommendations more so than the brand. As such, social media is an essential tool that city’s must leverage to continue positive community engagement 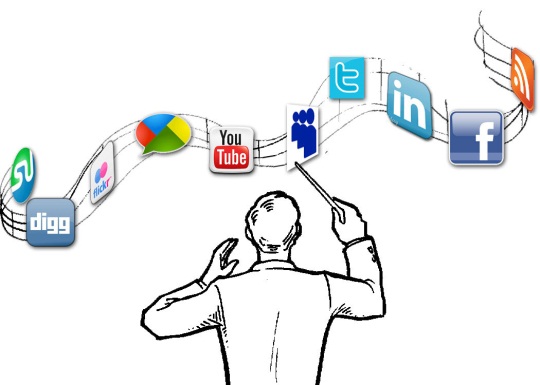